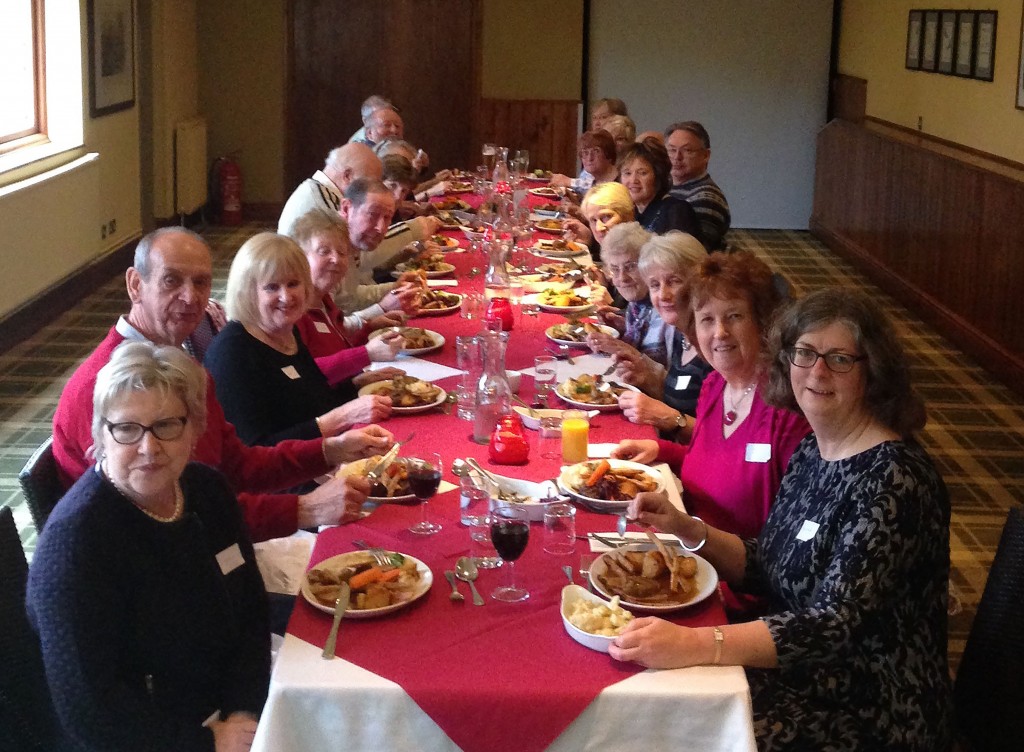 A group of grandparents have been given the chance to let their hair down at a thank-you party funded by Walton Homes on behalf of Acorns Children’s Hospice.

The charity, which provides care for babies, children and young people with life-limiting or life-threatening conditions and support for their families, got in touch following the launch of Walton Homes’ 30 Wishes campaign, which saw the home developer pledge to make 30 wishes come true to mark its 30th anniversary.

Acorns for the Three Counties, based in Bath Road, Worcester, asked the business if it would help to fund an outing for the group of 18 who include grandparents to children cared for at the hospice, and those who are bereaved. The group, which meets several times a year, enjoyed a visit to the Royal Oak Inn in Prestbury, Cheltenham.

Amy Summerton, director of Walton Homes, said: “Acorns needs no introduction, its work is well documented. In the past year, it has supported more than 760 children and more than 980 families, including those who are bereaved across the whole of the Midlands, Staffordshire, Gloucestershire and Herefordshire areas.

“Every penny the charity raises is ploughed into operating the charity, providing palliative care nurses and providing support groups for siblings, fathers, mothers, grandparents and bereaved parents. It costs Acorns more than £9 million every year to provide its specialist care and support and it relies heavily on the community for the majority of this amount. We were very keen to get involved and help organise an event for some of the grandparents from the group.

The business has donated £500 to the charity which was put toward a two-course lunch for guests at the party, which took place on Sunday January 31st.

Sandra Whitlock, family team worker at Acorns, said: “The grandparents group is a very important part of the practical and emotional care Acorns provides for the whole family, so we are very grateful to Walton Homes for their generous donation.

“The group meets four times a year and has been meeting for about seven years. Our aim is to bring together those in similar situations to help reduce isolation, increase self-esteem and a sense of identity and provide peer-to-peer support in a new setting.”