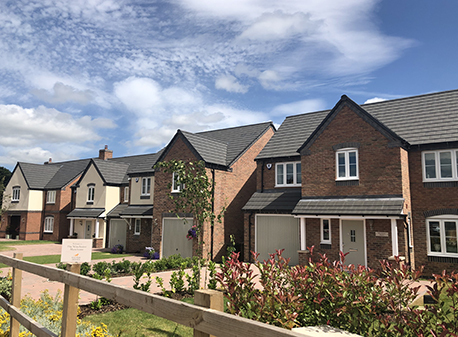 An exclusive development of luxury new homes in Rugeley is almost completely full less than a year from being launched, with the developer now placing the showhouse on the market to meet the demand for the properties.

Located off Wolseley Road, the four- and five-bedroom high-specification luxury properties have been very well received, and Sarah Summerton, Director of the business, said that just two of the homes remained, one of which is the showhome.

“We’ve been thrilled with the response to Hathorn Manor. We’d had a lot of enquiries about siting a further development in the town following the success of our previous Woodbury Walk site, and less than a year on, all but two of the homes have been sold.

“We’ve had so much interest in the five-bedroom showhome itself, that we’ve taken the decision to sell it as it is, by way of the compliments we’ve received, complete with all of its furniture, fixtures and fittings.

“Much of the development’s popularity stems from its lovely location bordering Cannock Chase, which combined with the size and the specification of the properties, makes them very desirable. We hope the site will be fully occupied in the coming months, as we look at acquiring other sites in the area,” she added.

To more details about Hathorn Manor, call 01543 412288 or email homes@waltonhomes.co.uk