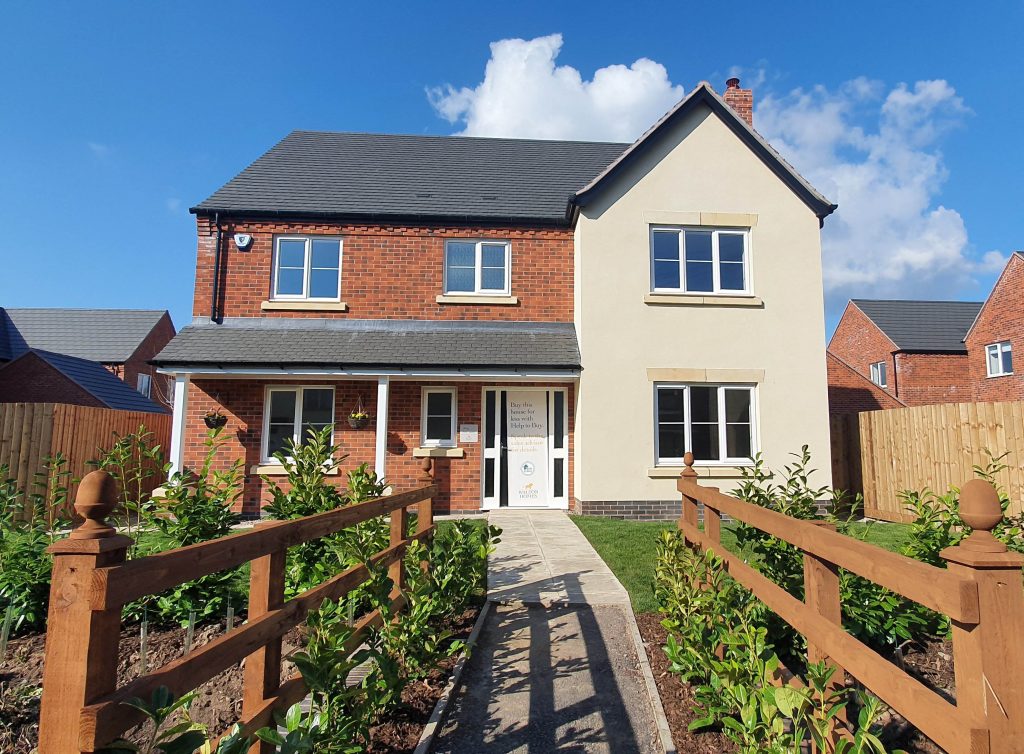 A Staffordshire developer has reported high sales at a Derbyshire development after buyers swooped in to take advantage of its picturesque setting and affordable properties following the country’s first national lockdown.

Just one property remains at Walton Homes’ semi-rural Ferrers Chase development in Linton Heath following a spike in purchases last year; something the business attributes to the impact of people being confined to their homes in Spring 2020.

Sarah Summerton, Director of the business said: “Obviously the initial national lockdown put a stop to both the construction of and the opportunity to view or purchase houses, and we were braced, like many others in the housebuilding sector, for a huge blow. But we hadn’t allowed for the change in people’s mindsets that the circumstances brought about.

“During the first few weeks, we were inundated with enquiries about the availability at our Ferrers Chase development, and when restrictions were gradually eased two months later, we experienced a real spike in viewings, which in turn led to all but one of the properties at the site being purchased.

“Being confined to their homes for a prolonged period had really given people time to assess what they wanted from a property, and for the majority of our new buyers, that was a garden and access to the countryside – that guidance that we were allowed out just once a day to walk or cycle within the local area really made people take stock of what kind of environment was on their doorstep and changed their criteria when it came to researching a new home,” she said.

The 26-home development of three- and four-bedroom homes is located in a desirable village location on the outskirts of the National Forest’s Foxley Wood – giving residents access to 29 hectares of woodland.

Sarah added: “People’s priorities have unquestionably changed over the last 12 months and we’re finding people who have had limited access to good local resources and amenities, and little access to nature, are being attracted to the site with its beautiful setting and proximity to the nearby town of Swadlincote with its farmers market and extensive amenities.

“The convenient A38 access links to other towns and cities also meant that buyers were able to enjoy the best of both worlds, at a more affordable cost than buying elsewhere in the Midlands.

“We’ve gained some great insight into buyers’ mindsets over the past year, which we’ll be able to utilise in the next developments we bring forward,” she said.

Plot 23, The Kirkby, is now the only home remaining at the development, with the price having been reduced to £355,000.