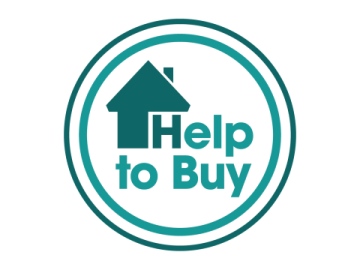 Banish Misconceptions of Help to Buy

Staffordshire developer Walton Homes has called for more clarity around the Government’s Help To Buy scheme, reporting a lack of general awareness around the initiative.

Help To Buy was introduced in 2013 and is intended to offer support to home-buyers, enabling them to purchase properties to a value of up to £600,000 with a deposit of just five per cent.

Steve Rush, sales manager of family-run developer Walton Homes said that there was still a lack of education around the scheme, although awareness around Help To Buy ISAs, introduced late last year, was very high.

“We’ve met some reluctance to consider the scheme from potential buyers who, upon further discussion, aren’t aware of how Help To Buy works. It’s a shame, as right now, the ISAs are all over the news and people are fully aware of the benefits of taking one out, while remaining confused about what the initiative itself entails.

“Common misconceptions are that only first-time buyers are eligible, that it’s for low income families, that it’s for houses of a much-lower value than those they’re looking at, or – crucially – that they won’t ever actually own the property themselves; that they are in fact renting part of it from the Government,” he explained.

In reality, the scheme works by offering buyers an equity loan, whereby the Government lends them up to 20 per cent of the cost of a new-build home, so that they only require a five per cent cash deposit and a 75 per cent mortgage to make up the rest.

Fees on the 20 per cent loan aren’t charged for the first five years of owning the property.

Any new-build property to a value of £600,000 is eligible under the scheme, and it is open to first time buyers and those looking to move to bigger homes alike.

The only stipulation is that buyers may not own another property at the time they buy and can neither sublet or enter a part-exchange deal on their old home.

The Government also offers a mortgage guarantee against existing or new-build properties, allowing lenders to offer home-buyers more high-loan-to-value mortgages of between 80 and 95 per cent to enable them to purchase their dream home.

Steve added: “Our mortgage advice team understands the workings of the help to buy scheme inside out and we’ve helped a number of buyers – both first time buyers and those wanting to move to a larger home – achieve their goal, but we believe there’s still a significant lack of awareness across the country on the way the scheme operates and how accessible the support is.

“The misconception that this is some kind of part-ownership scheme is doing real damage to the take-up numbers and the Government would do well to highlight the facts to address it.”

Help To Buy ISAs were introduced at the end of 2015 in order to help buyers achieve their deposits, with ISA and the Government boosting savings by 25 per cent up to a total value of £3,000.

Steve said: “The combined initiatives could really help buyers purchase their dream home, we just need them to recognise that so that they can tap into the resources available.”